Writing tips - And now, the prologue

Some books have a prologue. And some readers don’t bother reading prologues; a few won’t even buy a book if it contains a prologue.

So what is it with this prologue business? Is it necessary, or merely pretension?

By definition, it is the preface or introduction to a literary or musical work; it can be an introductory speech or poem addressed to an audience by one of the actors in a play – in the manner of Shakespeare’s Troilus and Cressida, for example, or even Frankie Howerd in Up Pompeii, no less! It can be a preliminary act or event, too. 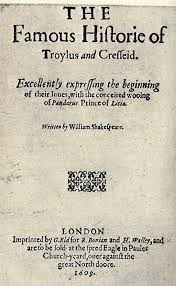 A preface states a literary work’s subject, purpose, plan and so on. A preface is not going to be used much in fiction now, unless the work is first person narrative or omniscient point of view.

These days, fiction doesn’t need any chapter numbers, headings, though I suspect readers prefer them to signify breaks; they’re also markers and help track back to any event the reader wishes to re-read. I like to use chapter titles and discuss this and the prologue in Write a Western in 30 Days, p70-71.

Of my twenty published books, I’ve used the prologue in only seven, and five of those are westerns. The other two are my out-of-print vampire thriller Death is Another Life and my latest crime thriller Sudden Vengeance. You can read the Prologue to this book here.

Other books I’ve started with Chapter 1 (with suitable title), while others, by their nature, required an Introduction or a Foreword.
So, why employ a prologue? Why not simply jump straight in to Chapter 1?

A novel has structure. It may not start out that way, but as it evolves it develops a form unto itself. Some books cry out to be broken up into parts; others are linear and can stand on their own with sequential chapters only. It depends on the narrative. For example, my first person novel from the point of view of a nun who used to be a policewoman was broken into parts, deliberately, to signal change of scene and shifts in time, but it didn’t require a prologue.

A prologue can be one-half of a book-end to the tale; closed off with the epilogue. To many readers this can be satisfying, perhaps coming full circle for the protagonist. This was how I approached The $300 Man. There, the prologue was ‘The Hook’ – which introduced the hero who had a hook in place of a hand, plus the narrative was also the hook to pull the reader in; the epilogue was called ‘El Gancho’, which is Mexican (Spanish) for ‘the hook’ and ends with a play on words. Full circle. I did the same with Blind Justice at Wedlock, ending the first paragraph of the prologue with ‘blind’ and ending the last paragraph of the epilogue with the same word. Echoes of this can be found in Bullets for a Ballot, too, and happily at least one reader spotted this little touch!

A prologue can set up the story before the narrative moves on to the main action or even the main protagonist. A prologue can concentrate on individuals who are not the hero or heroine, simply to create suspense and a threat to come. Then the thrust of the book begins with the hero/heroine in Chapter 1.

Structure. You will see visual versions of the prologue employed in films, too. Draw the reader in, raise questions that must be answered, dilemmas that must be resolved. Yes, this can be done without recourse to a prologue – but it can appear disjointed if not signalled by that simple word, ‘prologue’. It’s an author’s short-hand, saying, ‘I’m showing you something that is relevant and creates motivation for later. Read it if you like. You will miss a certain dimension in the story if you skip it, but the story can stand alone without it.

A layer of added dimension – that can be a description of the prologue. Giving the reader that little extra, perhaps.

If you use a prologue, you don’t have to use an epilogue. Only if the structure of the story would allow it, perhaps; creating a satisfying shape.

In the final analysis, it’s up to the writer and an appreciation of the work entire.

Interesting read, Nik. I started my book Breath of Africa with a dramatic Prologue, then was shouted down by my peers who reviewed it: they didnt understand why it was there - it just served to confuse them. So I included it in its rightful place in time at the climax of the book, and it proved more popular. But I had to strengthen that first chapter!

Since then, I've been wary of reading prologues, and I must confess by the time I've come to the end of the book, I've completely forgotten about that Prologue.

Excellent post. I will be dealing with many of these issues as well..

Thanks for commenting, Jane. It probably depends on the prologue - if it's echoed in the epilogue, then it may work well. Look forward to seeing you on June 11.

I'm not a fan of prologues because they often come across as an unnecessary info dump that could easily be woven into the fabric of the story, and to some degree would enhance the story if it was.

However, at times they have served a purpose. Clive Cussler, for example, has managed to justify the need for a prologue in many, if not all, of his novels to link the present with a past event.

My ever burning question is why not simply call it "Chapter 1" instead? Does it really need to be called a Prologue at all?

In my experience giving the opening section of a book that specific heading smacks of an older writer, possibly stuck in their ways or harking to an era of writing that feels more formal in its delivery of a story.

Interesting post though, Nik, and despite my dislike I do believe that in some fiction a prologue is a worthy addition.

Thanks for the feedback, Dave. I imagine that if there were no headings at all, ie prologue, chapters etc, it would still be evident to many that a 'prologue' at the beginning was there by its content, structure or purpose, as you say.