Wishing you a happy and peaceful Christmas!


This was the tenth annual Christmas Carols in the Square event.

My wife Jennifer and I, along with many members of her choir, Cantabile (above), joined other choirs and citizens from the area to sing thirteen carols in front of the floodlit church and next to the splendid Belen diorama. Included were two Spanish carols, ‘Campana Sobre Campana’ and ‘Fum, fum, fum’. The music was provided by The Phoenix Concert Band.

Lots of Christmas hats and antlers were in evidence! A census wasn’t taken, but we reckon there were Spanish, English, Welsh, Scottish, Belgian, German, Dutch, Ukranian, Swedish, Danish, and Norwegian in attendance to celebrate the nativity. Also present, representatives from the town hall and the Salt Queen and her Dama, Nuria Zaragoza and Elsa Martinez respectively (below). 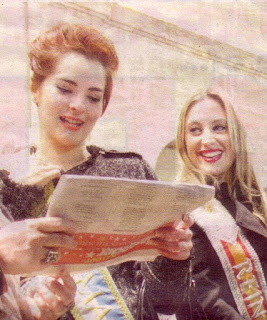 The collection amassed €985 for the local charity Alimentos Solidarios, which provides meals for those in need.


There was no religious message, save that implicit in the nativity; Mass followed for those who wished to attend. 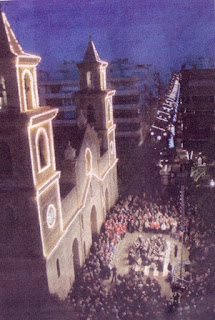 The international community of Torrevieja and environs is a beacon for co-existence among all peoples. Yet again it was wonderful to be a part of this event. The world is a better place than we sometimes wonder when we learn about the horrors and destruction, natural and man-made.

Louise Clarke, 38, was a reporter for the local English language paper Round Town News for a number of years, a familiar face known to hundreds in the area. Louise & Lee lived in Edgeley in Stockport before emigrating to Spain, where they have been living for the past five years. An ebullient and friendly person, she commented on and fought on behalf of the local community on a number of issues, from dodgy housing developers, poor sewerage, intransigent politicians, to the provision of the Coastal Nursery school. She was a lovely people person and thrived on news, in particular political infighting and even took a year’s sabbatical to work at the Playa Flamenca town hall. 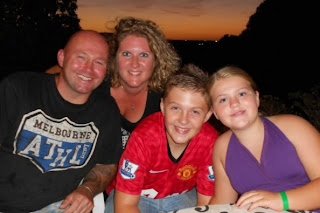 Last month she was hospitalised after unexpectedly collapsing. She hadn’t been ill and the cause of her serious illness baffled the medical fraternity and she remained unconscious ... Those who knew her were shocked at the suddenness of it all – especially when she was known to be so active and full of vitality.

Tragically, Louise died yesterday, still a young woman with much to give, leaving behind her husband Lee, daughter Lilly and son Charlie.

A good person, taken too soon.

Note: Before Louise’s demise, a fundraising effort was started, to help her family over the Christmas, as Lee has not been able to work while juggling hospital visits and looking after the children. A ‘Christmas Glitter Ball for Lou’ event was arranged to be held at The Emerald Isle, La Florida, on Wednesday 12th December from 7.30pm, organised by media friends and colleagues; the entertainers giving their time for free. It is now going to be a sombre occasion; all the more poignant as so many who have already donated wished Lou a speedy recovery… In three days 24 people have already donated £1,230.