Work in Progress - The DIY Murders

There are a number of books I've started but haven't finished, and this is one of those. This one is dark humour. I haven't come unstuck with the plot, it's just that I'm working on other books... Feel free to comment, criticise or tear apart, dismantle as you see fit. 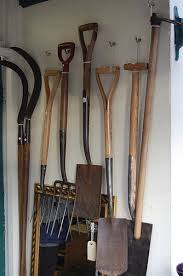 THE DO IT YOURSELF MURDERS
CHAPTER ONE
Even in the heavy downpour from a dark broody night sky there was still sufficient light from the adjoining alley's sodium street lamp for me to see where I was going while I moved my husband's body across the slippery smooth pink and grey patio paving slabs.


Thankfully, the rigor mortis had worn off.  Earlier, when I'd tried moving Steven he was as stiff as one of his damned chipboards.  I'd often thought he was as thick as a plank, and at that moment his rigidity seemed to resemble a plank's as well - rigid in death if never in bed, the wimp...  I'd laughed at that thought but pulled myself back from the brink of hysteria with a glass of his precious Napoleon brandy.


I glanced over my shoulder, but neither neighbouring house had any lights on at the back.  My shoulder-length black hair usually had an attractive sheen and curled naturally but now it hung lank and drab, the rain smelling of town pollution.  Dribbles of cold wetness insinuated under my rain-coat's collar and soaked the T-shirt.  I momentarily recalled him ogling a video of models in wet T-shirts and gritted my teeth at the memory: he was all mouth and no trousers.  My jeans were too tight at the hip and made it painful for me to bend down, digging into the upper thigh and crotch, but I had to persevere now I was already soaked.


Steven was dressed in his bus conductor's black uniform which helped to conceal his shape from any prying eyes.  Arms wrapped around his chest, I tugged the dead weight, my lower back aching, feet unsteady in Steven's green boots, three sizes too large for me.


The big green plastic tub of the compost maker Steven enthused over and bought last month was tucked away at the bottom of the garden, between his bloody greenhouse and the blasted work-shed.


Once I'd pulled him between these two buildings I stopped and straightened up, glad of the respite.  Hauling dead corpses was no fun, and I should know...


The rain was an unpleasant irritant, but at that moment I was pleased to lift my head back and bathe my face in the downpour.  The water seemed strangely cleansing, no matter how much grime was in it.


Yes, he would fit into the compost maker, I reckoned, sizing them both up.  It seemed fitting: Steven would feed his damned garden!


Very faint twinges of conscience niggled - they got fainter after each murder - but I brushed them aside as absently as I palmed away stray hair from my forehead.


Now I would have to pretend he'd deserted me, run off with one of his bus's fares.  That would be sensational enough, I thought, leaning down to haul Steven the last few yards to his final resting place.  The compost maker was a departure from the usual, I knew, but it was very appropriate.