I was going to use the words 'book review' in the heading, but this isn't quite that.

Alistair MacLean’s 1982 ‘adventure’ Partisans is one of the least enjoyable books I’ve read.  I feared it wouldn’t be great having been disappointed with a number of his later outings, the last two that I read being The Way to Dusty Death (1973) and Circus (1975). He published three more thrillers after this book, but, sadly, I’m not inclined to read them.  Like millions of readers, I enjoyed immensely his ‘classic’ thrillers, Guns of Navarone, HMS Ulysses, South by Java Head, Night Without End, Fear is the Key, The Golden Rendezvous, When Eight Bells Toll, Where Eagles Dare and even Force 10 From Navarone.

The plot is exceedingly thin: an espionage team led by the enigmatic Major Peter Petersen are sent to contact the pro-German Yugoslav Royalists (I think!) But of course there’s betrayal and not everyone is what they seem, in standard MacLean fashion, and it all appears contrived and confusing.

The writing is third person narrative, with ironic asides and misdirection, but in the main sub-standard MacLean. However, the narrative is almost entirely in dialogue between the various characters. There is very little action or suspense – almost everything seems to occur ‘off-stage’ and is related through speech. And what a lot of long speeches we get! Nothing here even pretends to relate to real life; and there is no feeling for any character, not even the omnipotent all-knowing Petersen.

If you're a fan of MacLean's and you haven’t read this book yet, then do so by all means. But be prepared to be disappointed.

I don’t normally write negative reviews. Sometimes, the book is bad because a publisher or editor have not done their job. Here, it appears that William Collins & Co were reluctant to fling the manuscript back and published it regardless, knowing it would initially sell due to the author’s established (and richly deserved) fame.

Alistair MacLean died in 1987, aged 64, apparently due to alcoholism.
Posted by Nik Morton at Wednesday, June 28, 2017 No comments:


R.C. Hutchinson’s first person narrative March the Ninth was published in 1957; he spent two years writing it. He garnered praise in his time: C Day Lewis stated ‘Hutchinson is one of the very few living novelists who will be read fifty – perhaps a hundred – years hence.’ Compton Mackenzie believed he was ‘The best male novelist his generation has produced in England.’

Well, some sixty years after its publication, I’m reading the book.  Along with uniform paperback editions of A Child Possessed, Johanna at Daybreak, Recollection of a Journey and Shining Scabbard, it was released in an Arrow Books imprint, Zenith, in 1984. None of his books have been republished since, which is a shame as he is a compelling writer.

1947. Eugen Reichenbach is a surgeon working for the World Universities Relief Organization (Health and Nutritional Coordination). He meets an old associate, Kurt Wenzel who talks him into performing an emergency operation on a desperately ill man, Siegfried, who has been shot in a lung. A simple act of humanity; he couldn’t refuse. And so he becomes embroiled in a daring escape plan, with police from several countries in pursuit.

Like Hammond Innes, Hutchinson manages to put the reader in the scene, to live the life of the narrator, so convincing is the writing. Along the way, we are indulged with snippets of philosophy: ‘The fortunate live long lives in corners which history does not discover. We others, caught when history is in spate, can do no better than keep afloat and land where the current takes us.’ (p11)

His journey of humanity involves crossing the land at night: ‘Behind us the ground fell away steeply… and if there were greater heights ahead they were hidden, in the still feeble light, by a mist which hung like folded silk between the outcrop and the crouching trees. I felt as if I had been lifted to a secret country, remote from earth yet gently familiar, washed with brackish mountain air and alive with the music of trickling water.’ (p41)

There are many instances where the good doctor’s calling are referenced; for example: ‘… but I had learnt in the thirties to regard ecstatic verbiage as one regards the indications of sepsis in an injured limb.’ (p43) Another instance: ‘… the memory of my last encounter …when I had received her thanks with such meagre grace… had become a chronic abscess on my mind.’ (p84) And: ‘To untaught ears the sound of (the ship’s) engines was always laboured and faulty, like the breathing of a man with pericarditis.’ (p202)

Franziska, the wife of his patient, exerts an uncanny hold on his emotions, ‘a sense of peace which her companionship had brought me.’ (p109)  And ‘If I went back to an existence which seemed narrow and purposeless, the recollection that I had once been trusted with another’s solitude would still illumine and transmute my own.’ (p109) She had ‘the laughter of Vienna, delicately derisive, which breaks like the notes of a clarinet upon a day of mourning.’ (p110) They shared an unspoken bond, pure, decent; perhaps even painful. ‘When you come to the awaited moment, when you have only minutes to recover the loss of wasted years, those past and those to come, the mind will not admit the discipline of language.’ (p196) He was tongue-tied in her presence. ‘All that it means to be alive, and of human status, was in the hand I held, in the small exhausted being who let me hold it. Speechless, I prayed for time to cease, for this moment to be vested with infinity.’ (p196)

He introduced me to a couple of words new to me: an entresol – a mezzanine floor; and ‘He led me now with sciurine confidence along an alley between two concrete walls…’ Sciurine - pertaining to animals like squirrels. His visualisation is good, too: on the waterfront, ‘… where gantries like siege towers strode upon us from the gloom…’ (p174) And ‘in the four or five vessels lying at the quay I saw no light: they looked like the carcasses of ships which had been tethered there and left to die.’ (p188) I know, this is an eerie feeling: one night it was my duty to check our ship which was without crew and without power, treading the metal ladders and decks with a torch.

So many priceless phrases! ‘… as one accustomed to extract essential truth from the husk of circumlocution.’ (p192) That could be transposed for an interviewer of a politician! Another instance: ‘… with his eyes turned away, exhibiting the faint disdainful smile of an upright man refusing to buy indecent photographs.’ (p202)

Having been aboard a ship in very rough seas (bordering on a typhoon), I can vouch for his observation: ‘…while the floor lazily tiled from side to side, sometimes with an extra screwing motion, and now and then drove up against my feet as if a charge of cordite had been fired beneath it.’ (p203) As a landlubber, he would refer to the deck as the floor.

The title of the book refers to a terrible event that took place during the war on that date. Suffice it to say that this involves war crimes and Yugoslav partisans. It is about unrequited love, loyalty, guilt, and redemption. And it doesn’t end well.

If you can find a copy, recommended. I also found his A Child Possessed (1964) very moving. It won the W.H. Smith literary award in 1966.

A big thank you to author Nancy Jardine for inviting me on to her blog today for her regular feature Summer Surprise.

Nancy is the author of the Celtic Fervour series of historical novels, which I heartily recommend: 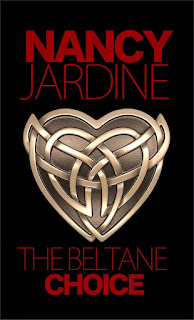 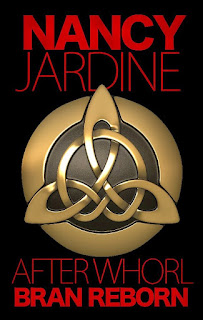 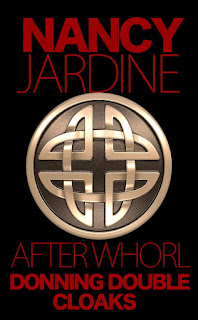 Sorry, I haven't been blogging for a couple of weeks. It didn't seem that long ago, really. But time has a nasty habit of speeding by, more notable as one gets older; and nobody gets younger, do they?

I've been busy writing my third Cash Laramie western. It is now finished. I'm just going through the excision of word-repetition, self-edit and polishing stage before a final read-through. Hoping it meets with the publisher's approval.