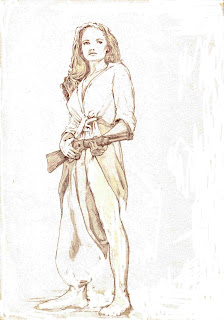 At long last, here is the lineup for the next Legends anthology. About ninety-eight thousand words. Twenty-one new stories of the Old West. Listed in no particular order:

Congratulations to all. Still to be determined, the cover picture and the title. Watch this space.

LARISSA – A LIFE OF MUSIC 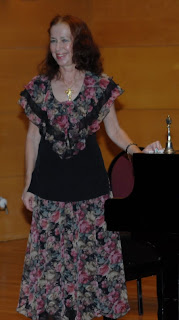 Some 18 months ago, my wife Jennifer’s choir, Cantabile Singers, was looking for a pianist when into their lives walked Larissa Yvonne Snarli, who was born in Russia but was now a Norwegian citizen living in Spain’s Costa Blanca. In her mid-fifties, Larissa was a diminutive package with a prodigious talent. She wasn’t an accompanist, but a concert pianist. The choir felt blessed indeed.

Last November Larissa was diagnosed with cancer and since then she lived for the music every blessed day, courageously performing on stage and teaching her devoted pupils at the piano. This photo shows her at the end of a fantastic performance this June. Though Larissa seemed to be winning after severe surgery and traumatic treatment, sadly additional cancer cells were detected. Eleven days after her birthday, she succumbed, leaving a bereft husband of twelve years, Roger, and a beautiful daughter, Elena.

Any death is sad. Yet it somehow seems particularly cruel when such formidable talent is swept away. Larissa was a linguist, cultured, humorous and highly intelligent.

When Larissa Yvonne, 56, and Norwegian Roger Snarli, 71, met on the Internet nearly twelve years ago it was love at first sight. Just a few months later, Larissa moved from Siberia to Oslo. Naturally, the life, the people and the culture in Russia were totally different from Norway. “But Larissa’s good command of English counterbalanced a great many cultural differences between us,” said Roger. “She had a great flair for languages and she quickly learned to speak Norwegian. She also started right away teaching new pupils at her private piano school in Oslo.”

“I learned the language from my pupils,” Larissa reminisced, “and by watching TV and reading newspapers.” She had a charming Russian-tinged accent when speaking English.

Larissa, or Lara as the family members called her, grew up with a sister eight years older in a privileged and highly educated family in the town of Tomsk, Siberia. Her father was a physicist and an engineer. Their mother worked as an English teacher, so the girls learned the language at their mother’s knee. They had a piano in the house and both sisters were attending music classes after regular school time. Larissa was only six when she took her first piano lessons and it soon became apparent that she had an exceptional talent. At the age of twelve, she held her first piano concert with the philharmonic orchestra.

Later, she extended her studies at the music college and completed her musical education by graduating from the Novosibirsk Conservatory. At 24, she started working as a leader of the orchestra (concertmaster) at Tomsk music theatre and worked there for seven years.

During this period she also performed a number of recitals, one of them being Beethoven’s piano concerto, with Tomsk symphony orchestra on tours in different parts of Russia. She received many awards and prizes from the city council – the highest acknowledgement available in the Soviet Union. In 1983 she was employed as a piano-teacher and an accompanist/concertmaster at Tomsk music college; she was awarded with the highest distinctions both as a teacher and an accompanist. Later on, she was twice chosen to participate in the international music festival for piano-duets.

Larissa became a Norwegian citizen and received her Norwegian passport. Their dream for warmer climes finally turned into reality when they finally got into the car on the first day of March 2006 and headed south. An enormous feeling of freedom engulfed them.

Even though Spain conquered Larissa’s heart, she maintained her bonds with both Norway and Russia. Larissa’s daughter Elena moved to Norway following her mother and has married and settled there; she is now busy studying Chinese at the University of Oslo. Larissa’s 88-year-old mother still lives in Russia.

Her personal motto was: “I wish to plant a seed of music into my pupil’s soul, and hope that it will bring joy and pleasure to their lives.”

Teaching piano gave Larissa the greatest joy in her life. She loved her pupils and they also showed that they appreciated her. The young musicians were of various nationalities: English, Russian, Chinese, Swedish and Norwegian, among others.

Throughout her medical treatment, Larissa tried to maintain a very positive attitude and believed that music would help her through the pain. For such a small lady, Larissa had a big heart and enormous talent to share with audiences and pupils alike. Now she is gone, but for all those whose lives she touched, her music will live on.

Beat to a Pulp - I Celebrate Myself

Beat to a Pulp is a webzine that features a great variety of stories in a number of genres. You'll find a broad range and a lot of good writing. Each week a new story is featured; earlier tales are still accessible, either on the page or in the Archive. The writers also benefit from feedback from the readers, which is a real bonus.

This week's 'punch' is one of my short stories, 'I Celebrate Myself' - the title is taken from Walt Whitman; his poetry lends itself to story titles, I reckon. Anyone reading The $300 Man will know that he - along with Christina Rossetti - is quoted by the two main characters.

Anyway, 'I Celebrate Myself' is about a NY cop faced with an unusual dilemma and it can be found at

complete with readers' comments; feel free to drop in, read and leave a comment. 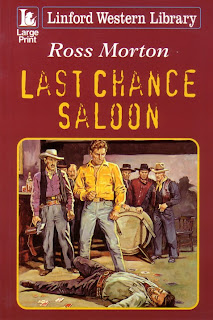 On 1 August, F A Thorpe published my second western under their large print imprint, Linford Western Library. The cover image still doesn’t appear on Amazon or the book depository but is on the Ulverscroft website. Retails at £8.99. Today, I received my free author's copies.

The Bethesda Falls stage is robbed and Ruth Monroe, the stage depot owner, is being coerced into selling up by local tycoon, Zachary Smith. Meanwhile, Daniel McAlister returns from gold prospecting to wed Virginia, the saloon’s wheel of fortune operator. Daniel hits a winning streak but is bushwhacked, his winnings stolen.

Virginia sees this romance with Daniel as her last chance of happiness and no matter what, she’s determined to stand by her man, ducking flying bullets if need be. Daniel and Virginia side with Ruth against Smith and his hired gunslingers.

A deadly showdown will end it, one way or another.

Cover art
This cover tends to reflect the story, which is a nice change. Interestingly, the artwork is attributed: Boada. Sebastia Boada has been around for many years and was big in comics; his paintings and sculptures fetch high prices, as do his art prints. He was born in Barcelona in 1935. I'm honoured to have one of his paintings grace my book cover!
Posted by Nik Morton at Friday, August 07, 2009 2 comments:

Book of the film: Rear Window 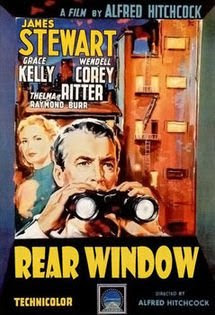 Rather the short story of the film, really, since its length is only about 16,000 words.

Cornell Woolrich was popular and prolific, producing a slew of short stories in the 1930s and 1940s. His influences were F Scott Fitzgerald and James M Cain, among others. His biographer, Francis M Nevins, believes Woolrich’s recurring leitmotif is loss of love. ‘Murder in Wax’ (1935) was his earliest attempt at a first-person narrative from the perspective of a woman. The Black Angel (1943) is about a terrified young wife’s race against time to prove the innocence of her husband convicted of murder, again a first-person female viewpoint. He was introverted and lived with and was dominated by his mother, Claire Attalie. She died in 1957, aged 83. Woolrich died in 1968, aged 65.

Alfred Hitchcock made his film of ‘Rear Window’ in 1954, based on Woolrich’s story ‘It had to be murder’ (1942), starring James Stewart and Grace Kelly. It’s unlikely that anyone reading this hasn’t seen the film, but I’ll still attempt to avoid spoilers. The point of the story is that the hero is confined to his apartment room and idly watches his neighbours – and fears that one of them has murdered his bedridden wife. But how can he prove it?

Many a good film has sprung from a short story, whether by Woolrich, Poe, Kipling, Lawrence, Conrad, James, du Maurier, Philip K Dick or King. The essence, the outline is evident, but there’s scope to add, which screenwriters may find easier than trying to cut out subplots, characters and events from a full-length work when working from a novel.

Woolrich was inventive and wrote with plenty of pace and ‘Rear Window’ is a good example of his shorter work. The first-person narrator is Hal Jeffries and he’s stuck in his apartment for some reason, watching the antics of his neighbours through their back windows. He states ‘… my movements were strictly limited… I could get from the window to the bed, and from the bed to the window, and that was all.’ The humorous ending of the story reveals that Hal was stuck in there with a plaster cast on his leg – which really cheats the reader since if we are to be in the scenes with Hal, we’d see the cast. The film, obviously, begins with a close-up of the cast on the leg of LB ‘Jeff’ Jeffries (James Stewart).

Unlike in the film, the story has no female involvement. Kelly plays a young socialite girlfriend Lisa Fremont. In the film, Stella (Thelma Ritter), a cranky homecare nurse, calls daily; this role in the story belongs to Sam, a black friend/helper who brings in food or papers and is a mite superstitious: ‘My old mammy told it to me… Any time you hear (a cricket), that’s a sign of death – someplace close…’ Another character is Hal’s long suffering pal, Byrne, who worked on Homicide; the film character is Tom Doyle (Wendell Corey). And of course Lars Thorwald, played with such menace by Raymond Burr.

All of the philosophising between Stewart and Kelly was contrived padding and a little foreshadowing for the film – and actually slows the pace and dilutes the suspense which tends to build and build in the story. Indeed, Woolrich was a master at cranking up the suspense, often creating a race against the clock to save his protagonists. He certainly has a way with suspenseful phrasing – ‘I never heard the door open…behind me. A little eddy of air puffed through the dark at me.’

The denouement is slightly contrived in the story, but just believable; the film’s version is almost as bad, though giving Stewart the occupation of photographer makes sense of it.

As with so many works that have been translated into celluloid and reached millions, the action of reading has to attempt suspension of prior knowledge, which is not easy, otherwise the written source material offers few surprises. Even so, this is still worth reading.
Posted by Nik Morton at Sunday, August 02, 2009 No comments: