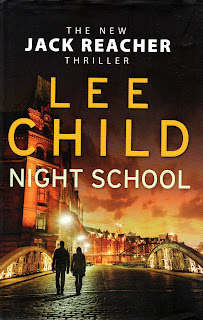 Lee Child’s 2016 book is a flashback novel, taking us and Reacher to 1996. Intelligence has overheard that a deal is going down, and it involves an American and the price is a hundred million dollars.

Reacher is sent to so-called night school with two others: an FBI agent and a CIA analyst. Their homework – decide who the American is and what is worth that amount of money. And who is buying?

Reacher opts to recruit Sergeant Frances Neagley and skips school, heading for Berlin where he reckons the action is. He’s not wrong. Is he ever?

Accounting can  be boring, by all accounts. And bad accounting can be the harbinger of a cataclysm. To say more would involve spoilers.

Meanders more than usual; not one of his best.