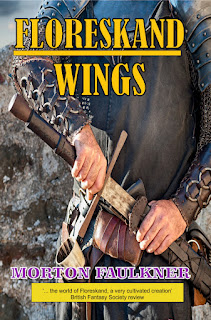 The sky above the city of Lornwater darkens as thousands of red tellars, the magnificent birds of the Overlord, wing their way towards Arisa.

Ulran discovers he must get to Arisa within seventy days and unlock the secret of the scheduled rites. He is joined in his quest by the ascetic Cobrora Fhord, who harbours a secret or two, and also the mighty warrior Courdour Alomar, who has his own reasons for going to Arisa. They learn more about each other – whether it’s the strange link Ulran has with the red tellar Scalrin, the lost love of Alomar, or the superstitious heart of Cobrora.

Plagued by assassins, forces of nature and magic, they cross the plains of Floreskand, combat Baronculer hordes, scale snow-clad Sonalume Mountains and penetrate the dark heart of Arisa. Here they uncover truth, evil and find pain and death.

‘An expansive and well thought story, a must-read for lovers of magic and military fantasy.’

‘Grand in scale, well written and certainly the start of the next series on my bookshelf.’

‘A fabulous fantasy world so well described that it is easy to see oneself in it, well developed and realistic characters, an exciting plot which does not slow down throughout and makes the reader eager to read on.’