The Magnificent Mendozas - the book, not the film

This weekend I've been reading through Robert Hale, my publisher's final pdf for the western The Magnificent Mendozas. Using my penname Ross Morton.

Even after serious self-edit, a publisher's edit, another read-through, niggling style hiccups still wriggle their way in there. [I've pointed out this annoying axiom (p145) in my guide Write a Western in 30 Days!] Too late to correct style imperfections, alas. This final read is merely to identify any glaring errors that have slipped under the wire.

As the story for the book was inspired by the film The Magnificent Seven, it does tend to read like a movie: plenty of visuals, lots of scene shifts, movement, action and character interplay, which is as I intended.

I like the cover Robert Hale have used, too.

I'll blog more about the book when it's published at the end of this coming July. 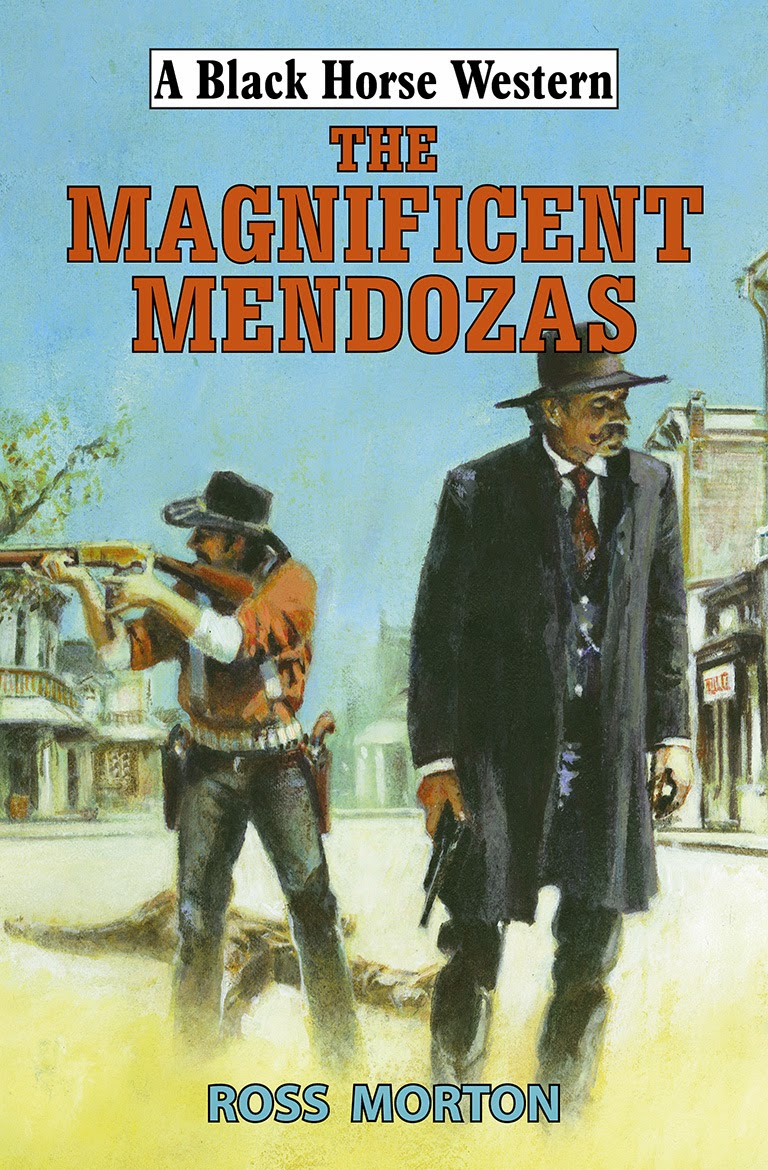 
When the Mexican circus ships out of the gringo town of Conejos Blancos, Hart and his ruthless desperadoes are quick off the mark to take over the town, and the adjacent silver mine.
With the sheriff slaughtered, and many of the citizens held hostage, two local boys escape, and recruit seven Mexican circus performers to help penetrate the cordon of sentries and free the townspeople.
Only the ‘Magnificent Mendozas’ – a family of weapons experts, escapologists and gymnasts – stand a chance against the Hart gang, but there will be betrayal, bravery and plenty of action, on both sides of the divide before the day is through.
Other Robert Hale westerns by Ross Morton
Death at Bethesda Falls
Last Chance Saloon
The $300 Man
Blind Justice at Wedlock
Old Guns
Posted by Nik Morton at Sunday, April 27, 2014