Writing - when to leave a scene 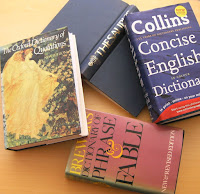 There are no rules, really, but sometimes we writers insert more words than are necessary to convey the scene; indeed, we have been known to linger too long in a scene. It can help to study modern films, where scene shifts are generally slick and move the story forward, and no time/words are wasted.

Take, for example, this snippet from a book I read recently. (Names have been changed).

Jackson nodded. 'Okay,' he said. 'First, I'll send you up to Records. Third floor. Ask for Janine. She's the chief paper-pusher up there. Tell her I sent you.'

'Thanks,' Mike said. He walked to the elevator and took it two flights up.
***
Janine glanced away from her computer screen as Mike entered her office.

'Mr Jackson sent me up,' he said. He took out his identification. 'Mike Shaw.'

Janine looked at the identification for a moment, then glanced back up at Mike. 'What can I do for you?'

Now, there's nothing wrong with this. But if you're visualising it as a film director, you'll probably see how the scene could shift earlier and the new scene could start that fraction later, without losing anything except time/words. Something like this:

Jackson nodded. 'Okay. First, I'll send you up to Records. Third floor. Ask for Janine. She's the chief paper-pusher. Tell her I sent you.'
***
Janine studied the identification for a moment, then looked at Mike. 'What can I do for you, Mr Shaw?'

So, it has become shorter, tighter.

It's obvious Jackson is speaking, so we can drop 'he said'. The phrase 'up there' is fine, colloquial, but the word 'up' tends to get overused (three times in this short piece); so that's one less!

We don't need to know Mike took the elevator - unless the elevator is going to figure in a later scene (which it isn't). Taking the elevator can be a given - or he could take the stairs; it's not relevant.

The reader already knows Janine is in an office, so there's no need for the computer to be described here. Also, it's repetition to say 'Mr Jackson sent me up'; it's filler. Move directly to the purpose of the visit.  We don't need to see Mike introduce himself; she's got his name from the ID, anyway. 'back' is another overused word, not always necessary.

We've got 'looked at' and 'glanced back up at' in the single sentence. A glance is ephemeral, a brief but not a studied look. 'Gaze' might work better, but seems to my mind inappropriate. Maybe it could have been worded as shown above, replacing 'looked' with 'studied' (which then drops one 'at'); and inserting 'looked' instead of the dubious 'glanced'.

We can all benefit from self-editing, and later publisher's or a professional editor's input. By editing as above, the scenes are tighter and nothing is lost.  The first example was 93 words; the revised version was 48 - almost half.
***
I discuss opening and closing scenes in my book Write a Western in 30 Days (pp 142-144).