The author Richard Matheson was born on today’s date in 1926.

His output was varied and prodigious. He wrote genre fiction, short stories and novels, screenplays and teleplays.

His 1954 novel I Am Legend has been adapted for the screen four times; his time-slip romance Bid Time Return, was filmed as Somewhere in Time with Christopher Reeve and Jane Seymour with evocative music by John Barry; The Shrinking Man and A Stir of Echoes, are two more sci-fi films from his works.

He contributed to The Twilight Zone, Star Trek, Wanted Dead or Alive, Cheyenne, Have Gun Will Travel, and Lawman, among many other TV shows.

As well as horror, fantasy and sci-fi, he wrote western novels, among them Journal of the Gun Years, The Gunfight, The Memoirs of Wild Bill Hickok, Shadow on the Sun and a collection of western tales, By the Gun.

Ever since reading I Am Legend in the 1960s, I was a fan of Matheson, and I have many of his books and collected short stories. He has been a huge influence on many writers and film directors.

The title of this blog seems apt, but it isn’t original; it was used as He is Legend as a celebration of his work by several genre authors, published in 2009. 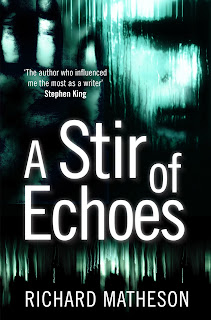 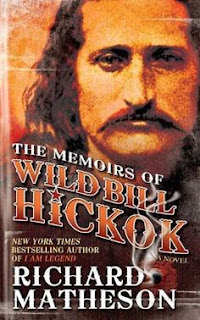