When the Flowers are in Bloom 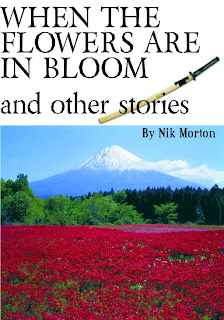 I've taken a leaf out of Charles Whipple's book (see A Matter of Tea below) and will be donating all my royalties from this e-book to the survivors of the Japanese earthquake and tsunami. As will the publisher, Solstice Publishing.

My Foreword says, ‘Reading about the cataclysmic devastation that hit Japan in March, I was greatly moved by the attitude of the survivors. People of all ages went out of their way to help each other. Looting seemed a rare event. There was a determination to overcome this terrible adversity. Lives and towns would be rebuilt, eventually, even if it would take years. The people would endure.


‘It is this theme, the strength of the human spirit that I have attempted to capture over the years in many of my short stories. Some of these tales may seem sad or traumatic but, despite that, I trust that hope, love, honor and integrity shine through, transcending the blight of evildoers, disability and natural disaster.

‘As writers, we strive to walk in the shoes of our characters. Fiction writers lie in order to grasp the truth. In some small way, I hope these stories reveal truths about the human condition.’

These twelve diverse stories travel far and wide, over the globe and through history, to examine the human condition. Whether a quest for atonement decades after the Second World War, or to repay a debt of honor, Japanese characters reveal their fragility. In Sarajevo, Bosnia or the grim projects of New York, life must go on.

Characters show us that disability is not a handicap. Forgiveness and redemption are human qualities the world is short of today, perhaps. They’re needed by those who disinter the past and graves from an old war in Spain. Birth and death – they’re here. So is honor, duty, courage and love.

All royalties which would normally go to the author and the publisher will go directly to help the Earthquake and tsunami victims.

The e-book can be ordered from the Solstice Publishing site (http://www.solsticepublishing.com/) or other online outlets, including Amazon: