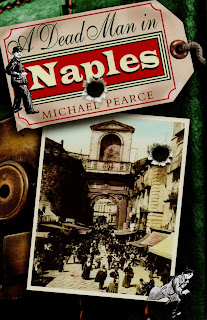 Giorgio and Giuseppi. (There are plenty of Italian male names to choose from, after all!)
Scampion and Seymour.
Posted by Nik Morton at Thursday, May 02, 2019