Man behind the stickman

Leslie Charteris, creator of the long-running Saint character, was born in Singapore in 1907 to a Chinese father and an English mother. He became interested in writing at an early age; at one point, he created his own magazine with articles, short stories, poetry, editorials, serials, and even a comic strip. I’ve been there, done that, as have many aspiring writers, I’m sure, though few of us have managed to attain the heights of Charteris! He attended Rossall School in Fleetwood, Lancashire, England. In 1926, he legally changed his last name to Charteris, probably plucking it from the telephone directory. 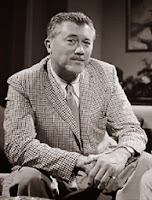 His first book, X Esquire (1927) was written during his first year at King's College, Cambridge, and accepted, so he left the university and embarked on a new career. His next book was The White Rider (1928). It was with his third novel, Meet the Tiger (1928), introducing his most famous creation, Simon Templar, the Saint, which transformed his life. It was a popular success. He continued to write English thriller stories, while he worked at various jobs from shipping out on a freighter to working as a barman in a country inn. He prospected for gold, dived for pearls, worked in a tin mine and on a rubber plantation, toured England with a carnival, and drove a bus.


Interestingly, Charteris indicated he was dissatisfied with the first Saint book, suggesting its only merit was as the start of the long-running series. Occasionally he chose to ignore the existence of Meet the Tiger altogether and claim that the Saint series actually began with the second volume, Enter the Saint (1930); ‘this book contains the first novelets I ever wrote about the Saint’ – introduction to my 1992 Coronet edition of Enter the Saint. 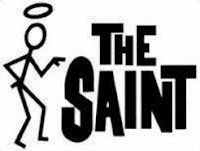 In 1932 he relocated to the United States, where he continued to publish short stories and also became a writer for Paramount Pictures, working on the George Raft film, Midnight Club. Apparently, he was excluded from permanent residency in the United States because of the Chinese Exclusion Act, a law which prohibited immigration for persons of ‘50% or greater’ Oriental blood; ‘Give me your tired, your poor, Your huddled masses yearning to breathe free, subject to certain conditions’... As a result, he was forced to continually renew his six-month temporary visitor's visa. Eventually, an act of Congress personally granted him and his daughter the right of permanent residence in the United States, with eligibility for naturalisation, which he later completed.


In the 1940s, Charteris, besides continuing to write Saint stories, scripted the Sherlock Holmes radio series featuring Basil Rathbone and Nigel Bruce; also in that decade, a number of movies were produced based upon The Saint.
Although he would write a few other books, his literary lifework would consist primarily of Simon Templar Saint adventures, which would be relayed in novel, novella, and short story format over the next 35 years (with other authors ghost writing the stories on his behalf for another 20 years after that; he acted as an editor for these books, approving stories and making revisions when needed).

The Wikipedia article about him would have us believe that the ‘long-term success eluded Charteris’ creation outside the literary arena until the 1962–1969 British-produced television series The Saint went into production with Roger Moore in the Simon Templar role.’ I must wonder at this statement. For example, my 1936 copy of The Last Hero shows reprints for 1930, 1931 (twice), 1933 (twice), 1934 (twice), 1935 and 1936… (It was sad when publishers stopped noting the reprint history on the copyright page; doubtless, there were valid reasons, not least authors switching publishers!) 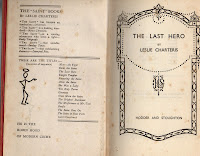 Short stories lend themselves to an hour-long TV episode and many of the Saint stories were scripted from Charteris’ tales. Inevitably, as the material ran out, original scripts were commissioned, and unusually Charteris permitted some of these scripts to be novelized and published as further adventures of the Saint. The character remained popular even after the end of the TV series, and indeed a second British TV series, Return of the Saint starring Ian Ogilvy as Simon Templar, was aired. And in the 1980s a series of TV movies produced by an international co-production and starring Simon Dutton kept interest in The Saint alive. The movie starring Val Kilmer as a modern Saint is best forgotten.

The adventures of The Saint were chronicled in 52 books. Charteris stepped away from writing the books after The Saint in the Sun (1963). The next year Vendetta for the Saint was published and while it was credited to Charteris, it was actually written by science fiction writer Harry Harrison. Charteris appears to have served in an editorial capacity for later volumes that were adapted from TV episodes and of course retained the cover credit; in effect, he became a ‘house name’.

He also edited (and contributed to) The Saint Mystery Magazine, a digest-sized publication (I wish I'd kept my copies!). The final book in the Saint series was Salvage for the Saint, published in 1983. "The Saint Club" a fan club that Charteris himself founded in the 1930s; he described it as ‘a pretty elastic organization... we ruthlessly insist on the annual minimum subscription of 2s 6d (15p). We have to do this, because these funds assist the Arbour Youth Club in a blitzed East End area of London, a very charitable job in one of London’s neediest and most neglected areas.’ The announcement about the club appeared at the end of his books, and concluded with ‘Watch for the sign of the Saint – he will be back.’ And he will be - his adventures are being reprinted in paperback and e-book (see tomorrow's post).


Charteris also wrote a column on cuisine for an American magazine, as a sideline. He was one of the earliest members of Mensa. He was married four times, lastly in 1952 to the Hollywood actress Audrey Long (born 1922); the couple eventually returned to England where Leslie Charteris spent his last years living in Surrey. Leslie Charteris died aged 85 in 1993 at Windsor, Berkshire, survived by his wife.
[Leon Cazador is a modern day Saint character, a man driven to hunt down felons of all kinds, to redress the balance of good against evil. Meet him on 29 November in Spanish Eye.]
Posted by Nik Morton at Wednesday, November 27, 2013

I'm guessing when you say there are 52 Saint books you were including the movie novelisation and Capture the Saint?

Don't forget the 40 titles that were written in French and have never been translated into English. Granted they weren't entirely Leslie's work but many of them rank as good as or better than the latter English language collaborations.

Hoppy, pleased to meet you after all these years! Yes, I was going by the English versions only, based on the UK websites and Wikipedia. Yes, I'm currently reading Capture the Saint; a good attempt.